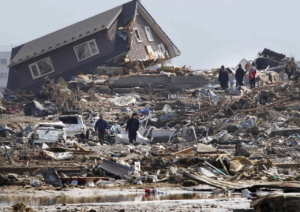 I was born and raised in Southwest Oklahoma.  I understand harsh conditions, crazy spring time weather, tornadoes, and of course summer fun.  The one thing I can honestly say I don’t remember is having to endure an earthquake.  As a matter of fact, the first earthquake I felt was in Moore, OK in 2010.

I was sitting on a toilet at a friend’s house when it happened.  I thought a plane had crashed right outside the house.  The whole house shook and rumbled.  My thoughts were running wild!  Within five minutes of the event the local news reported a 4.4 magnitude earthquake.  By the year’s end there would be over 40 reported earthquakes in Oklahoma.  What was happening?

Many people, including so-called experts began blaming it on hydraulic fracturing of oil and gas wells.  Others blamed it on seismic shifts of tectonic plates.  It is now being blamed on over-stimulation of salt water injection wells.  Many changes in regulations have occurred since then, including insurance companies offering Oklahoma homeowners earthquake insurance in order to assist home owners with potential claims related to earthquake damage.

Oklahoma earthquakes have been shown to occur where there is the greatest amount of focus on oil and gas exploration.  It’s not a leftist marketing agenda.  It’s just a fact.   I have complete respect for the oil and gas industry in Oklahoma and America.  I have been around it most of my life.  I have worked in it.  As a home inspector I get asked questions about what I’ve seen with relation to foundation issues and what recourse a homeowner has if/when a seismic event occurs.

The first thing I always tell people is not to worry.  I mean if it happens, it happens.  The best thing a homeowner can do is understand the risks with regard to their geographical location and then make a decision based upon that.  What’s the potential likelihood an earthquake will occur in your neighborhood?

Our planet is alive.  It’s always moving.  There are many things we can control, but wild weather and earthquakes aren’t something any of us can accurately predict, not even the so-called experts.  All we can do is be mentally and financially prepared, if possible.  Our pocket books and wallets are already being picked each day with the things we want and the things we have to have…but ‘Earthquake Insurance?”   I don’t know?  Maybe you should just sit on it and really think it through.

It’s YOUR money. It’s YOUR investment. Protect it! 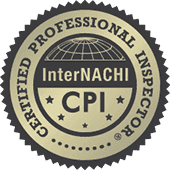 Serving The Great State of Oklahoma

Call, text or email if you have any questions or use the online scheduler to set up a home inspection.

Why Your Dog May Want A Doggy DoorA Rooftop Inspection That Will Blow Your Mind!
Scroll to top